The variance and standard deviations both measure how spread out a distribution is. They are very useful in finding probabilities or areas under a distribution specially of a normal distribution..

The graphs below show an illustration of  distribution with different means and variances. The flatter distribution has variance 9 while the steeper one has lesser variance, 4.

Knowing the variance or standard deviation of a distribution helps us describe its variability which is needed in further analysis. This will be explained in later videos of the course. 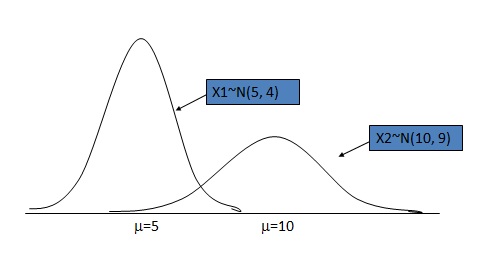 Not the answer you are looking for? Browse other questions tagged #basics, #statistics.