Data Science vs Computer Science: The Best Degree For a Data Scientist 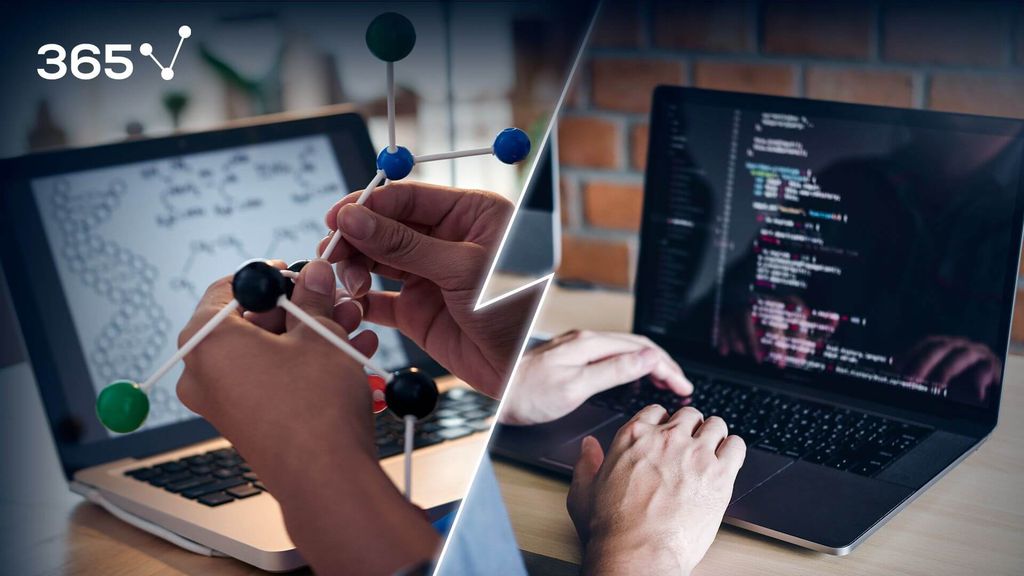 Data Science and Computer Science are both fantastic choices for a degree.

So, if you’ve already chosen one over the other, you’re already ahead of the game.

However, we here at 365 Data Science have conducted research to determine which one is better for a successful career as a data scientist.

In this article, we’ll weigh the pros and cons of earning either degree, starting with Data Science. Then, we’ll do some evaluation and head-to-head comparison before picking a winner. Let’s dive in.

The most obvious pro of getting a Data Science degree is that it’s supposedly the shortest route to becoming a data scientist.

Having the words “Data Science” next to “education”in your resume is a sure-fire way to get the express treatment when applying for jobs in the field.

So, the signaling aspect of such a degree is extremely important.

The main reason is that potential employers believe you have a great interest in the job. They don’t have to worry about programming skills, analytical understanding of statistical results... Or your data-storytelling abilities.

This is crucial because some great statisticians lack the coding pedigree, while some programming wonderkids lack the knowledge to extract insights from a dataset.

With a Data Science degree, you’re sure to possess all the necessary qualities. And you don't need outside validation, like extra certification. 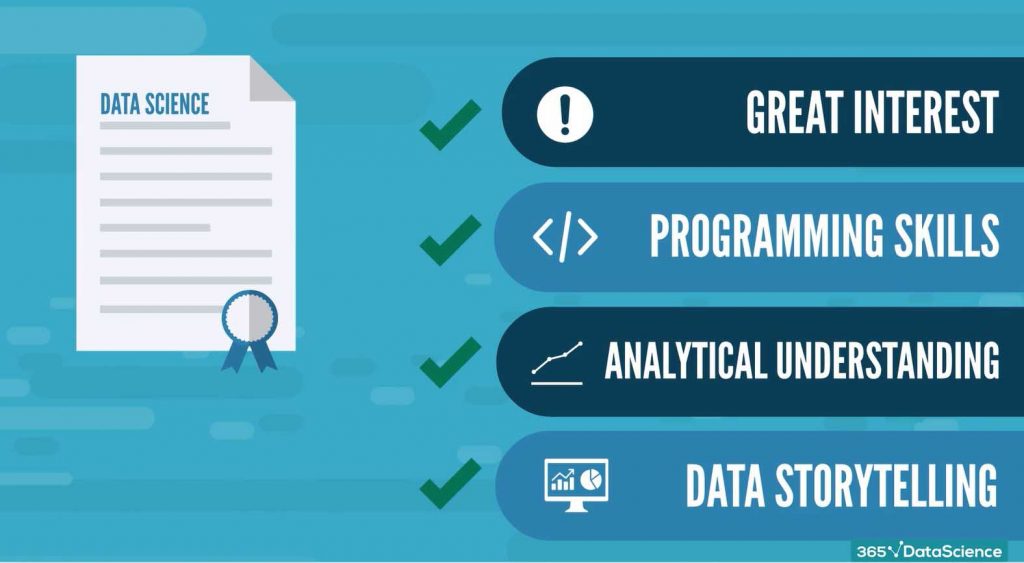 Currently, there is 1 major con when it comes to a Data Science degree – availability.

Since the field is relatively new, a Data Science major can sometimes be hard to come by, both in undergraduate or graduate programs.

The scarcity has resulted in many students having to pick alternative concentrations. As a result, they lose interest in the field prior to graduating. 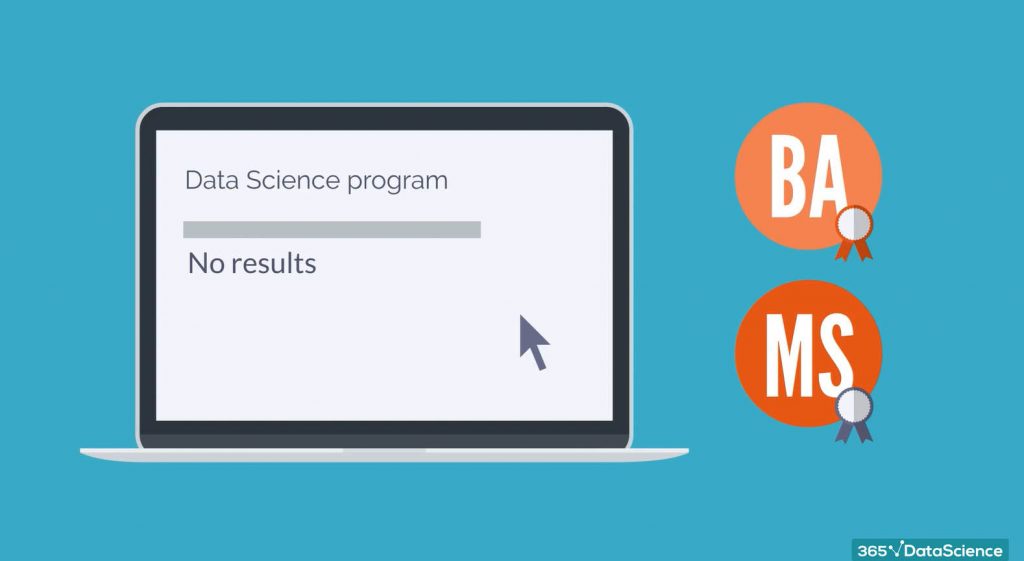 In Best Degrees to Become a Data Scientist, we mentioned that roughly 50% of all Data Scientists graduated from some of the 200 top-ranked universities according to Forbes. Still, a very large portion of those offers neither graduate, nor undergraduate programs in the field.

In addition, only 20.8% of all current Data Scientists possess a degree in Data Science.

So, we come to the conclusion that university rank is a bigger signal than the discipline itself. Therefore, you might be better off earning a different degree from an elite school, than a data science one from a less-prestigious institution. Just remember that the degree must be quantitative, as virtually all data scientists come from such a background. 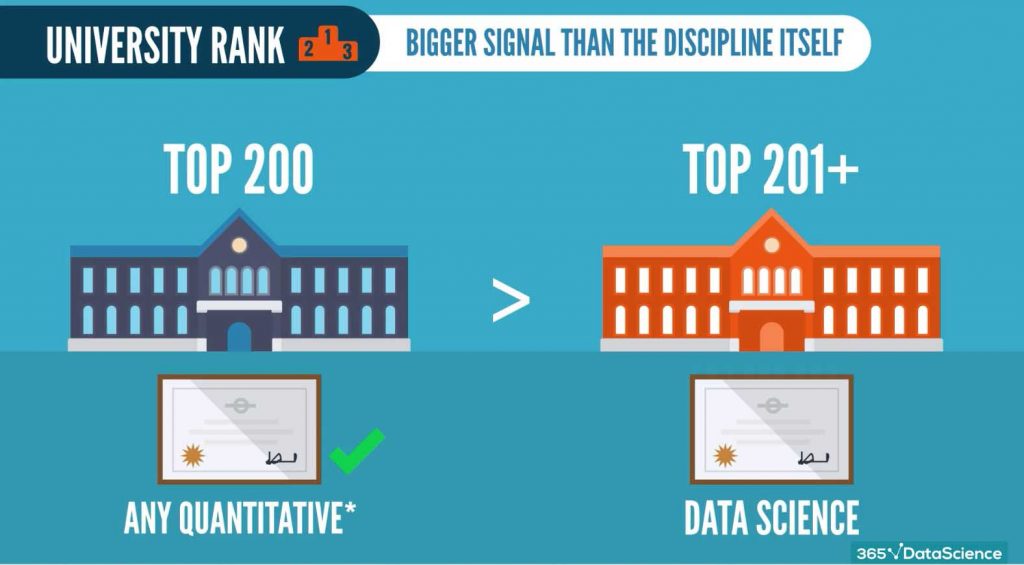 In any case, you might have to acquire additional credentials before you can break into the field.

Now, in many places across the United States and less so in Europe and Asia, it is possible to change your concentration to an interdisciplinary major. These are the so-called “self-created” majors. They incorporate various courses across several departments.

Data Science is a nice mix of analysis, coding and data storytelling. So, we can combine Math or Statistics with Computer Science and some social science like Economics.

Courses across these 3 departments should be enough to construct a great Data Science degree. And you won’t have to learn subjects you won’t need. By removing Pure Mathematics out of Math; the developing aspects of Computer Science; and the policy-based aspects of Economics, what you’re left with are the top data science skills you need to succeed in the field. 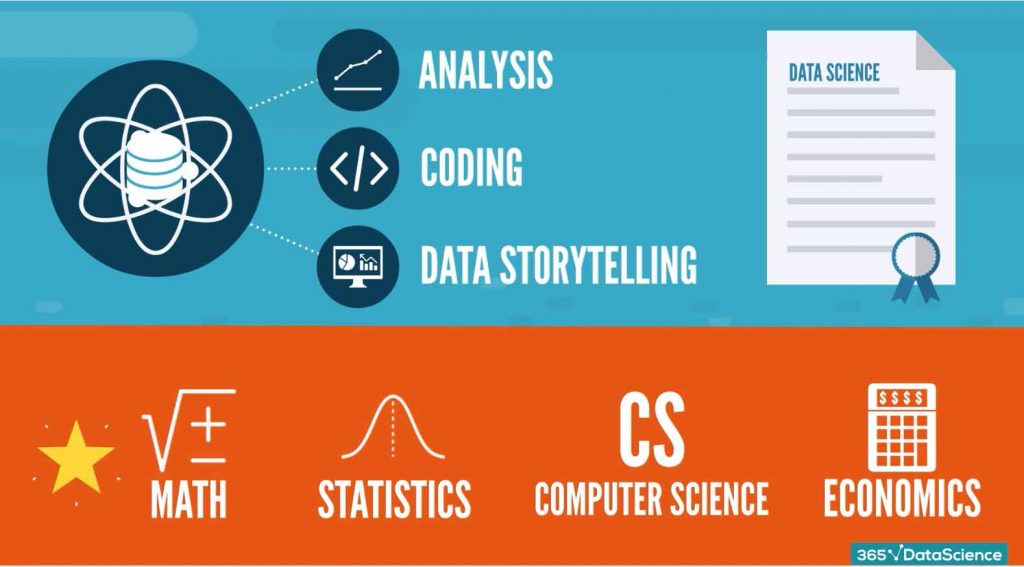 But before you decide to try this out, you need to know that you can’t just select random courses to construct such a major.

A much more realistic approach is to find a decent University which offers such a program. Then provide enough evidence that some of the available courses in your institution are equivalent to those in their Data Science program. That way, your degree has the added credibility of the more renowned institution. And that's a fantastic bonus.

However, even this option isn’t available everywhere. So you might have to consider a different route.

If that’s the case, you shouldn’t feel discouraged. A Data Science degree isn’t easy street. On top of being less widespread, it’s also rather niche.

To go for a Data Science degree, you must be absolutely certain that you wish to become a data scientist. Other related fields like statistics or computer science provide greater flexibility in terms of professional development. These allow you to alter your trajectory if data science ends up being different from what you imagined. And you won’t have to re-specialize and acquire new skills.

A computer scientist can easily transition into a data architect or data engineer job with the skillset they already have. We can say a change of heart is a non-issue for them. So, computer science is a preferable degree in this context.

But let’s not get ahead of ourselves and compare the two. At least not before we’ve had a chance to examine the pros and cons of a Computer Science degree.

For starters, a Computer Science major is very reputable and widespread.

Employers have a general understanding of what a Computer Science degree consists of. And they know what to expect from somebody holding one.

The not-so-obvious bonus here comes in terms of landing internships. 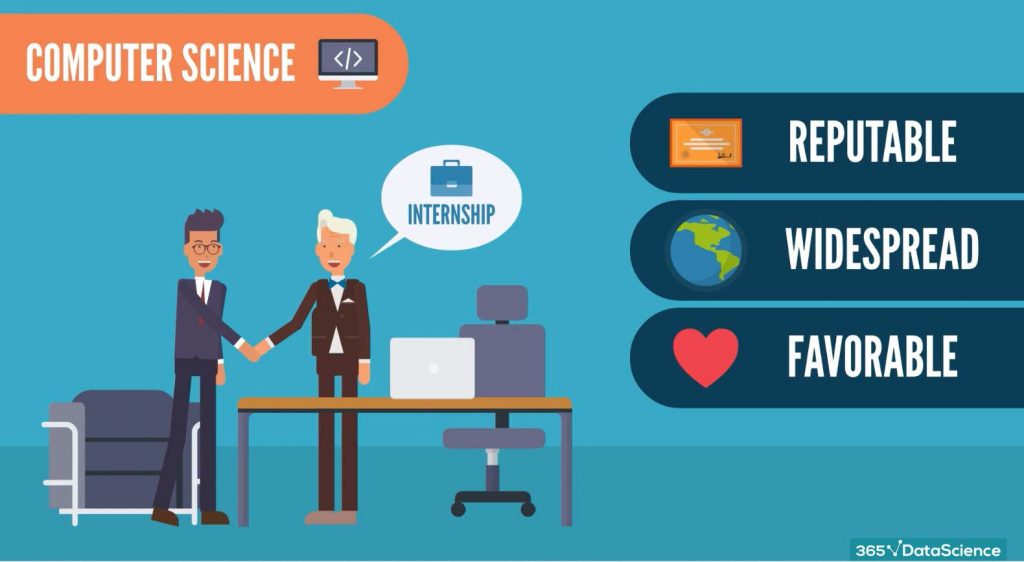 The more popular and accepted the discipline, the higher your chances to intern while still at university. Employers tend to value experience and skills over credentials. So, an internship can go a long way in making you a good candidate.

At the same time, there is over-abundance of Computer Science degrees in the job market. This has lead to vast competition in the field. As a result, a computer science concentration is less of a signal today than it was a few years ago. 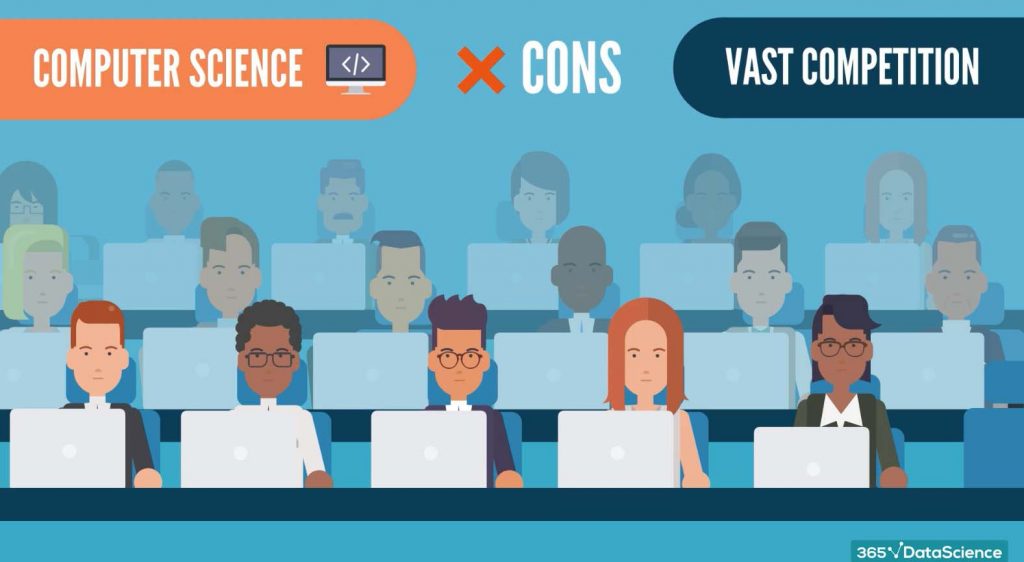 Computer science brings great flexibility when it comes to programming languages. If you know one, you know them all. Their fundamentals work pretty much the same way. Hence, by knowing Java or C++, transitioning to Python should be a walk in the park. Furthermore, Computer Science degrees also include some discrete math. So, a Computer Science major really hits a lot of data science buttons.

However, just like Data Science, Computer Science has its cons.

If you’ve set your heart on becoming a data scientist, you have to learn some coding. That aspect of computer science is unavoidable, since every Computer Science program makes sure to give its students the fundamentals. And some students view this as a con.

Less code-savvy students might find some coding tasks too difficult... Or completely outside the scope of their interests.

However, to finish the degree, they’ll have to master that part of Computer Science as well.

In addition, many Computer Science students develop a discrete way of thinking.

Algorithms often work on the basis that the result of one action always leads to another. What’s important is not what action follows, but that we always know what is next. However, that isn’t always the case in data science. Often, one action means that we have, say a 60% chance of event A occurring, and a 40% chance of event B occurring. Thus, not developing a probabilistic mindset is a challenge for CS graduates, as they really want everything to be 100% certain all the time. 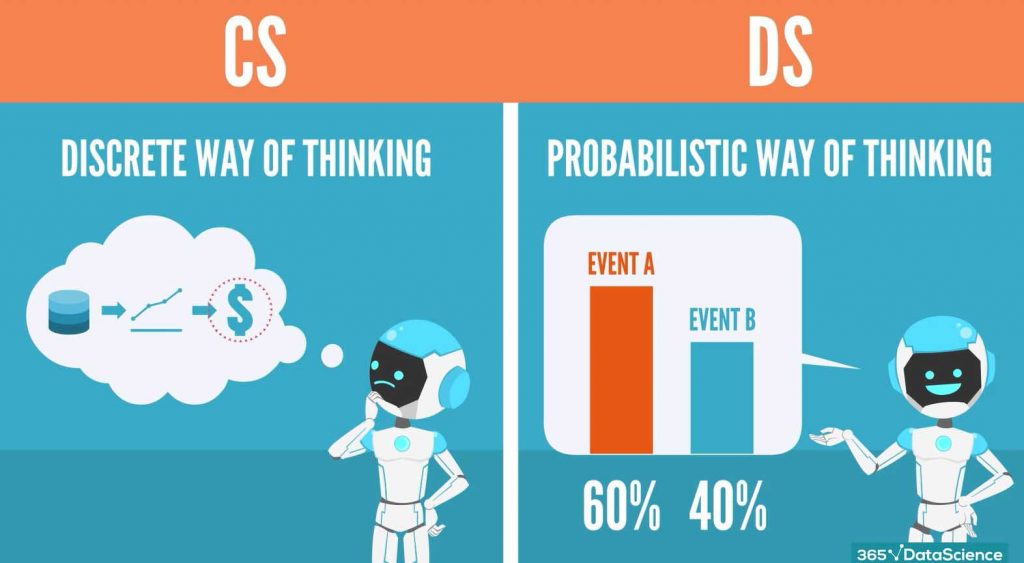 Now that we’ve discussed the pros and the cons of each degree, let’s compare and contrast.

Data Science vs Computer Science: How Do These Degrees Compare?

Computer Science is more widespread, so the limited availability isn’t a concern.

Since it is more well-known, your chances of landing an internship are bigger. And that will surely enable you to get some experience under your belt. In addition, virtually all elite institutions offer Computer Science as a concentration. Not to mention that 50% of all Data Scientists come from schools ranked in the top 50. Therefore, going for a Computer Science degree in a high-ranked college will greatly increase the probability of you becoming a data scientist. Even a computer scientist would be happy with these odds!

What about Data Science?

Availability aside, Data Science gives you all the right tools. Plus, it doesn't force you to devote time and effort to acquire skills outside of your interests – like software development, for example. That also means you don’t need to earn additional outside sources of credibility, such as certificates or online courses. However, a Data Science degree is very much tailored towards future data scientists. So, its nicheness limits your possibilities of a future career change.

Data Science vs Computer Science: The Best Degree for a Data Scientist

We see that Computer Science is the current leader in demand on the job market. Data Science is a growing degree, but it takes time for the trend to shift.

Going by the data from the last several years, we can conclude the following.

This pattern may eventually shift. However, by the time Data Science becomes the best option, you’d probably be working as a Data Scientist already.

Thankfully, employers value experience and skills more than academic credentials. So, this shouldn’t affect your progress in the field.

All things considered, despite its small drawbacks, Computer Science is the better degree choice for a job as a data scientist right now.

Check out the complete Data Science Program today. Start with the fundamentals with our Statistics, Maths, and Excel courses. Build up a step-by-step experience with SQL, Python, R, and Tableau. And upgrade your skillset with Machine Learning, Deep Learning, Credit Risk Modeling, Time Series Analysis, and Customer Analytics in Python. Still not sure you want to turn your interest in data science into a career? We also offer a free preview version of the Data Science Program. You’ll receive 15 hours of beginner to advanced content for free. It’s a great way to see if the program is right for you.

Try Intro to Data and Data Science course for free 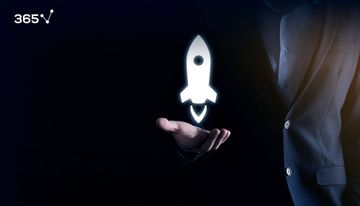 Best Startups to Work For as a Data Scientist in 2019 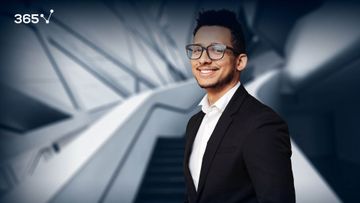 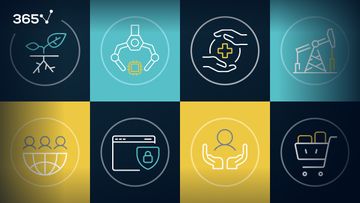 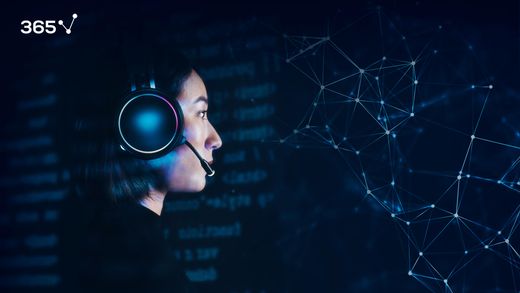 How to Transition to Data Science from Computer Science? 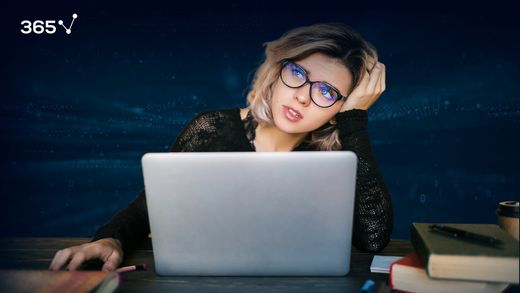 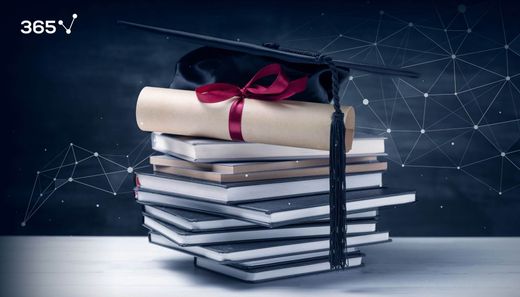 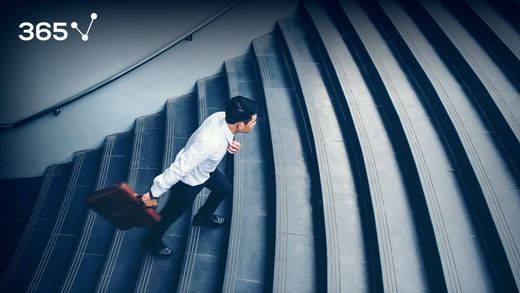 How to Get Into Data Science With an Economics Degree?