How to Become a Data Scientist in the UK?

The United Kingdom is a great place to work if you want to be employed as a data scientist. There isn’t a shortage of exciting job opportunities and some of the best-known AI firms in the world are British. Deepmind, Benevolent AI, Oxbotica, FiveAI, the Alan Turing Institute are some of the most renowned names in the field that are domiciled in the UK.

So, in this article, we’ll try to delineate the typical profile of the UK data scientist, based on our findings from our research on 303 LinkedIn profiles. We’ll define the following:

You can also watch the video we made on the topic below or scroll down if you prefer reading.

Now, before we dive into our research results, let's discuss how you can get a data science job in the UK.

How to Apply for a Data Scientist Job in the UK?

There are an estimated 1,000,000 data science and analytics professionals in the UK as of 2020. So, we can firmly state that’s definitely a popular career path in Britain.

So, how can you start your job search?

Finding a job through recruiters is a common practice in the UK. However, if you don’t have any prior experience or if you are a relatively junior candidate, you might have to rely on applications through company websites and job boards. If you’re wondering where to start, make sure you visit some of the most popular job board websites in the UK, such as reed.co.uk, monster.uk, totaljobs, Indeed, and Adzuna.

No matter if you choose recruiter services or you do your own search, if you are not a British citizen, visit the gov.uk website where you can get familiar with the post-Brexit requirements and types of work visas you need to work in the UK.

With that out of the way, let’s take a look at remuneration.

What Is the Data Scientist Salary in the UK?

According to Glassdoor, the typical data scientist salary in the UK is £45,000 pounds. That’s based on a sample of 822 salaries but keep in mind that the reported salary range is quite wide – between £30,000 and £70,000 pounds per year. A careful look at Glassdoor data would allow you to see that large tech companies tend to pay a much higher compensation compared to other firms offering jobs in the field. 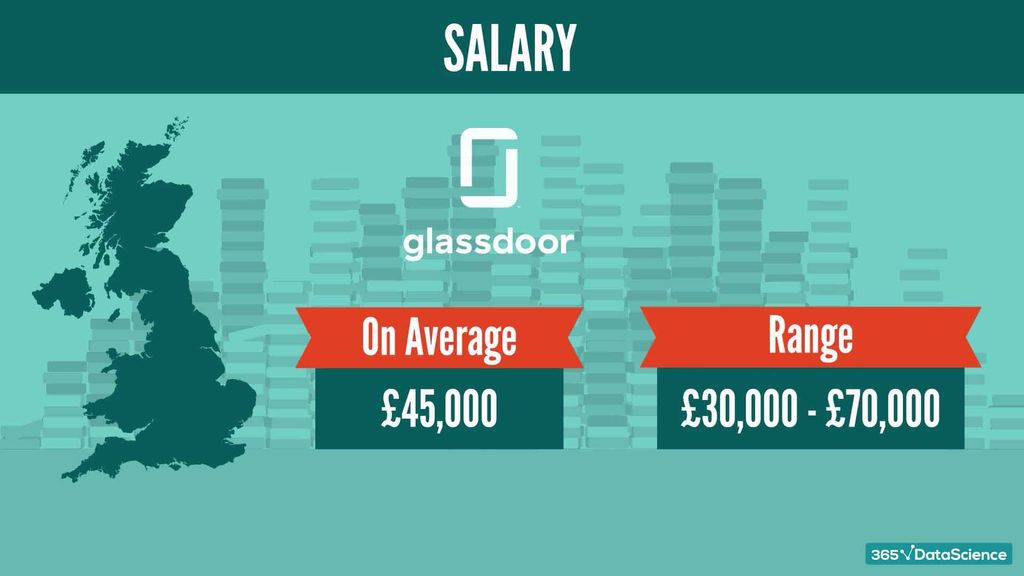 Which Universities Offer the Best Data Science Education in the UK? 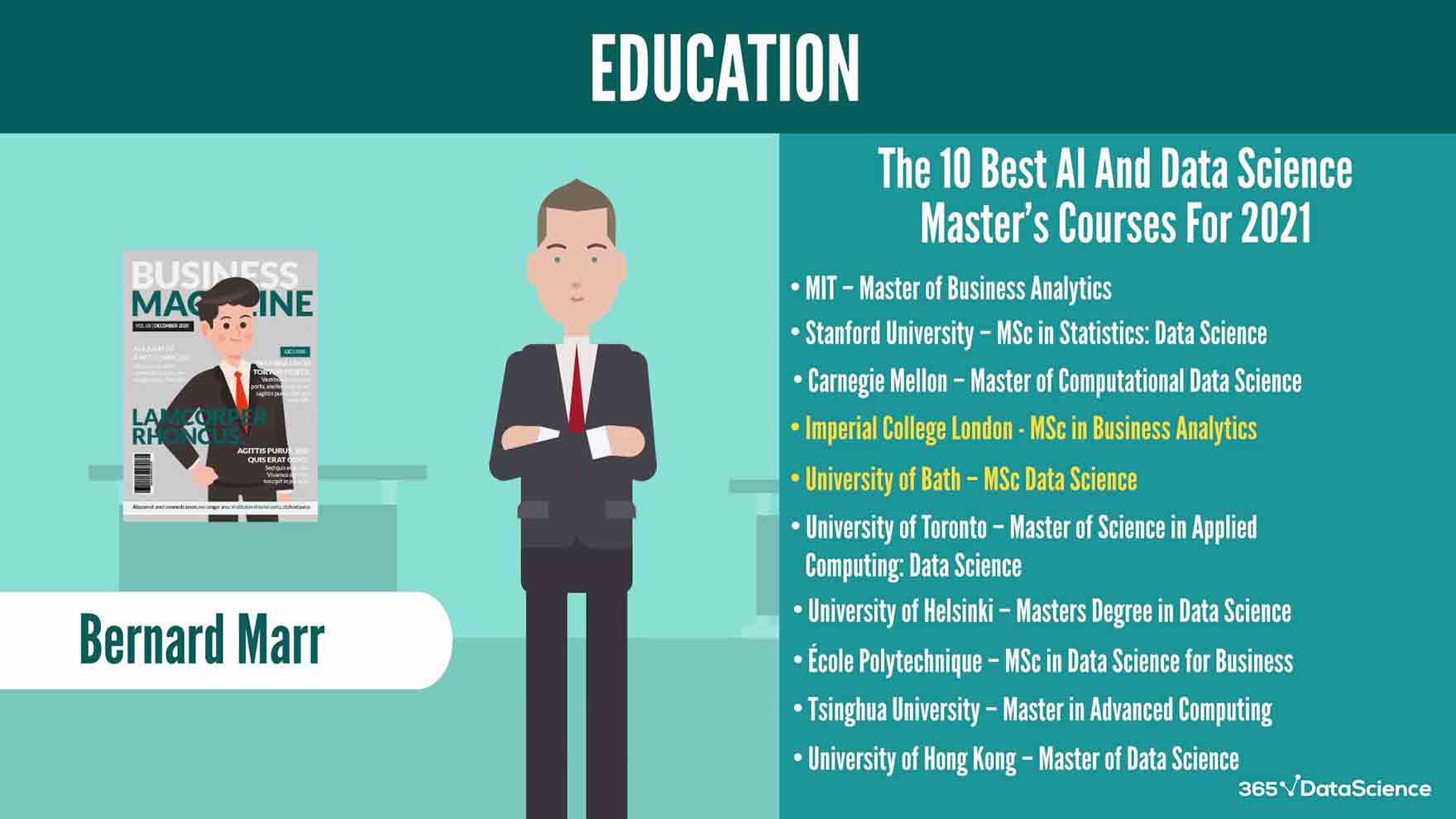 Here’s a shortlist of some other highly reputed UK universities offering data science and analytics degrees:

Something important to take note of is that the Master’s programs in these universities start from £22,500 and go up to £35,600 in the Imperial College in London… And that may not be within everyone’s price range.

In addition, one of the admission criteria for international students is proof of English Proficiency, typically measured with TOEFL and IELTS exams.

Another intriguing fact is that if you want to become a data scientist in the UK, chances are you need a Master's or a Ph.D. qualification. You can have a Bachelor's degree and work as a data scientist, but, according to our data, there are fewer people who are able to do that  - only 9% compared to 52% with a Master's and 34% with a Ph.D. degree. 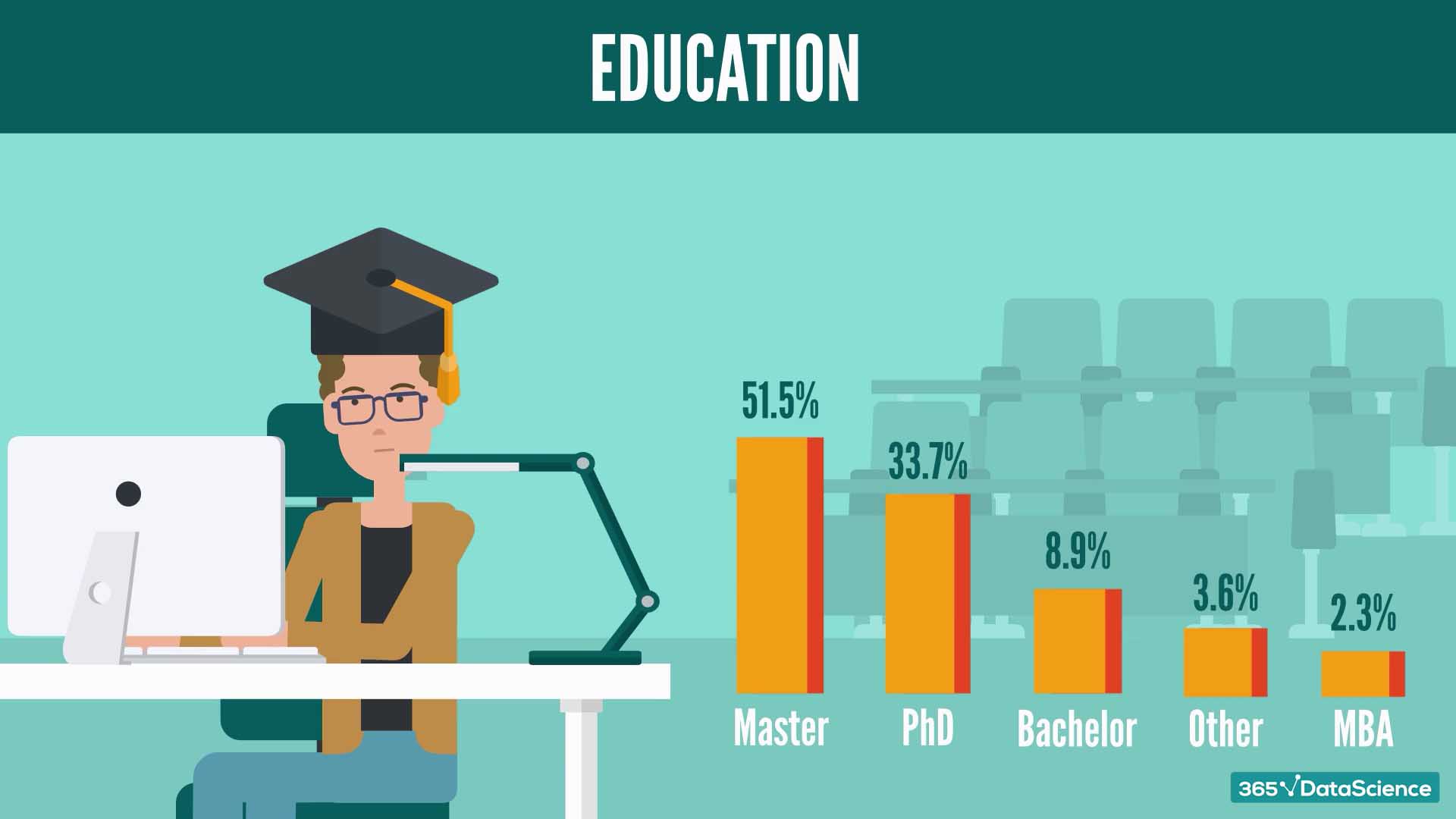 Now, let’s try to delineate the typical data scientist profile in the UK as we said we will do at the beginning of the article.

What Are the Best Programming Languages for Data Science in the UK?

In terms of programming languages preferred by UK data scientists, similarly to what we see in most other countries, Python is in the lead. The second place is held by R, and SQL comes in third. According to the data, there are much fewer UK data scientists using Java. 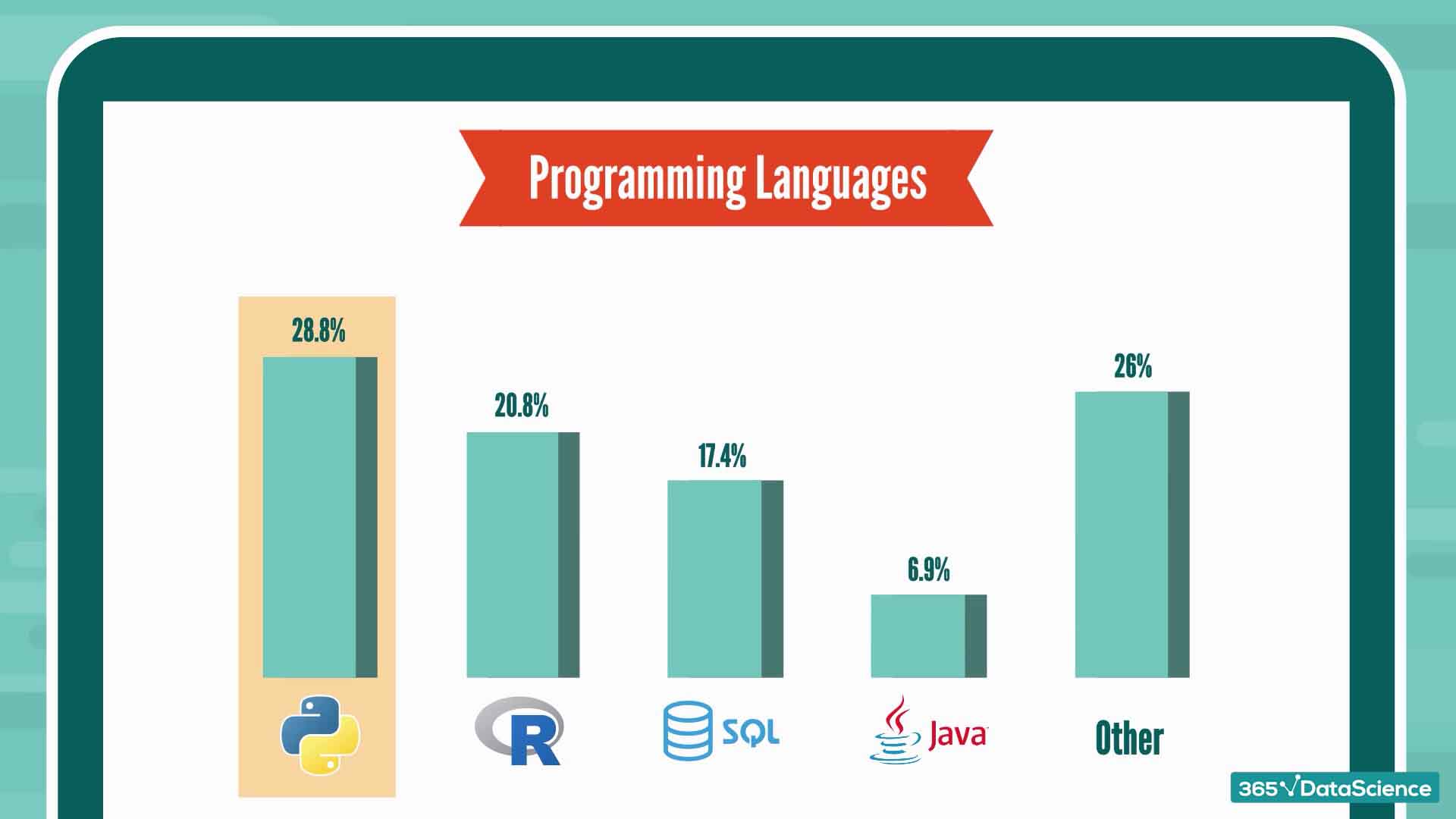 How Many Years of Data Science Experience Is Required in the UK?

It’s time to talk about years on the job. The most pressing question being, “Do you have to be a seasoned veteran to be a data scientist in the UK?”

Not exactly. 11% of the profiles we studied had between 0 and 12 months of work experience on the job. Another 20% of professionals became data scientists less than 2 years ago. And then another 29% listed between 2 and 3 years of experience. This goes to show that people employed as data scientists didn’t have decades of experience and a significant number started in their current position relatively soon. 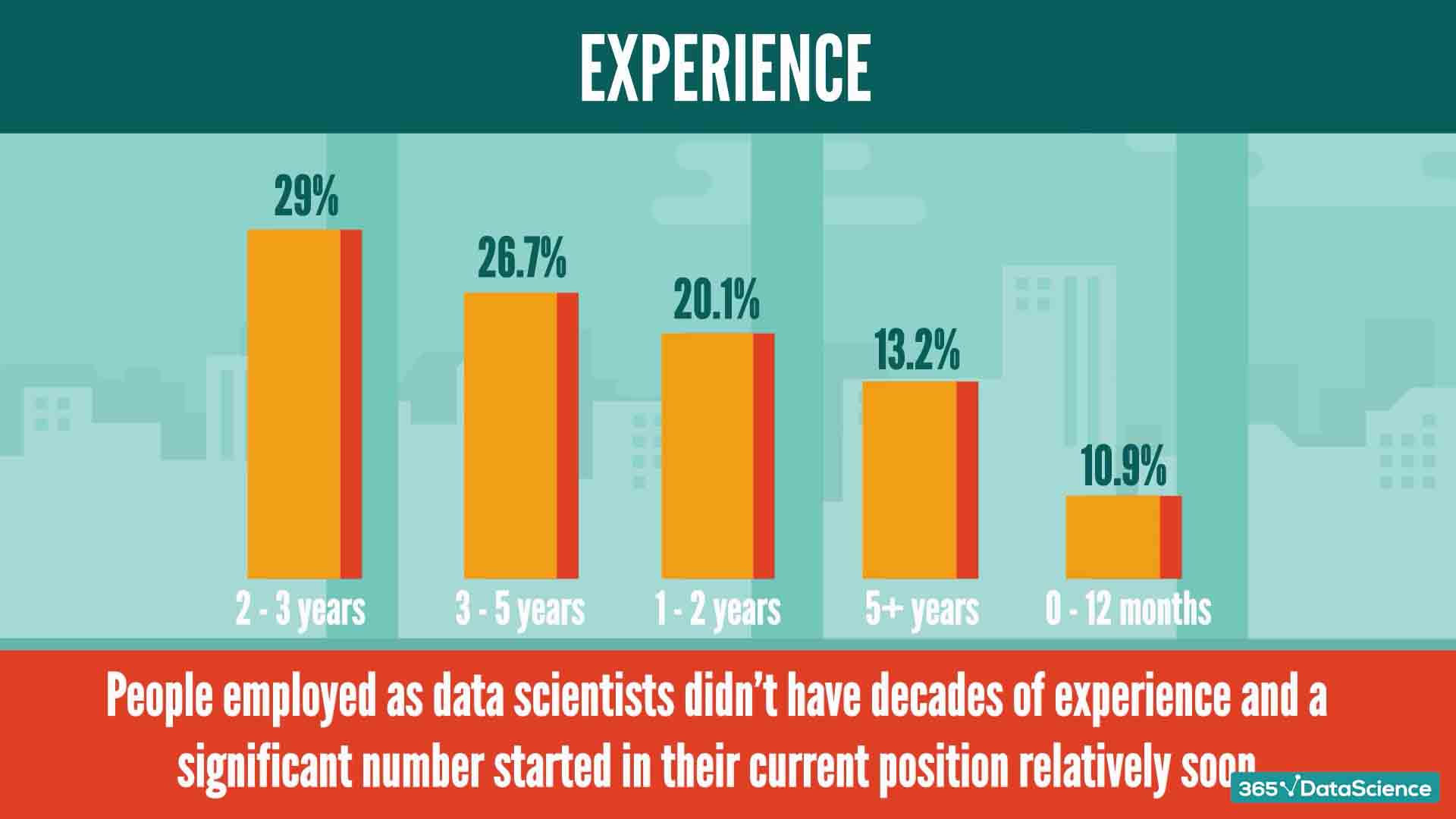 Now that you know what you need to become a data scientist in the UK, let’s explore the cities and industries with the best career opportunities.

What Are the Best Cities and Industries for Data Science in the UK?

A simple comparison on indeed.co.uk shows what we already knew – London offers by far the most data scientist job opportunities in the UK. The difference with other major cities is significant. When we searched, we saw 811 data scientist job openings in London, 45 in Manchester, 26 in Birmingham, 18 in Leeds, and only 12 in Glasgow. So, that’s something you should bear in mind, if you want to be a data scientist - the number of opportunities London offers is significantly higher. 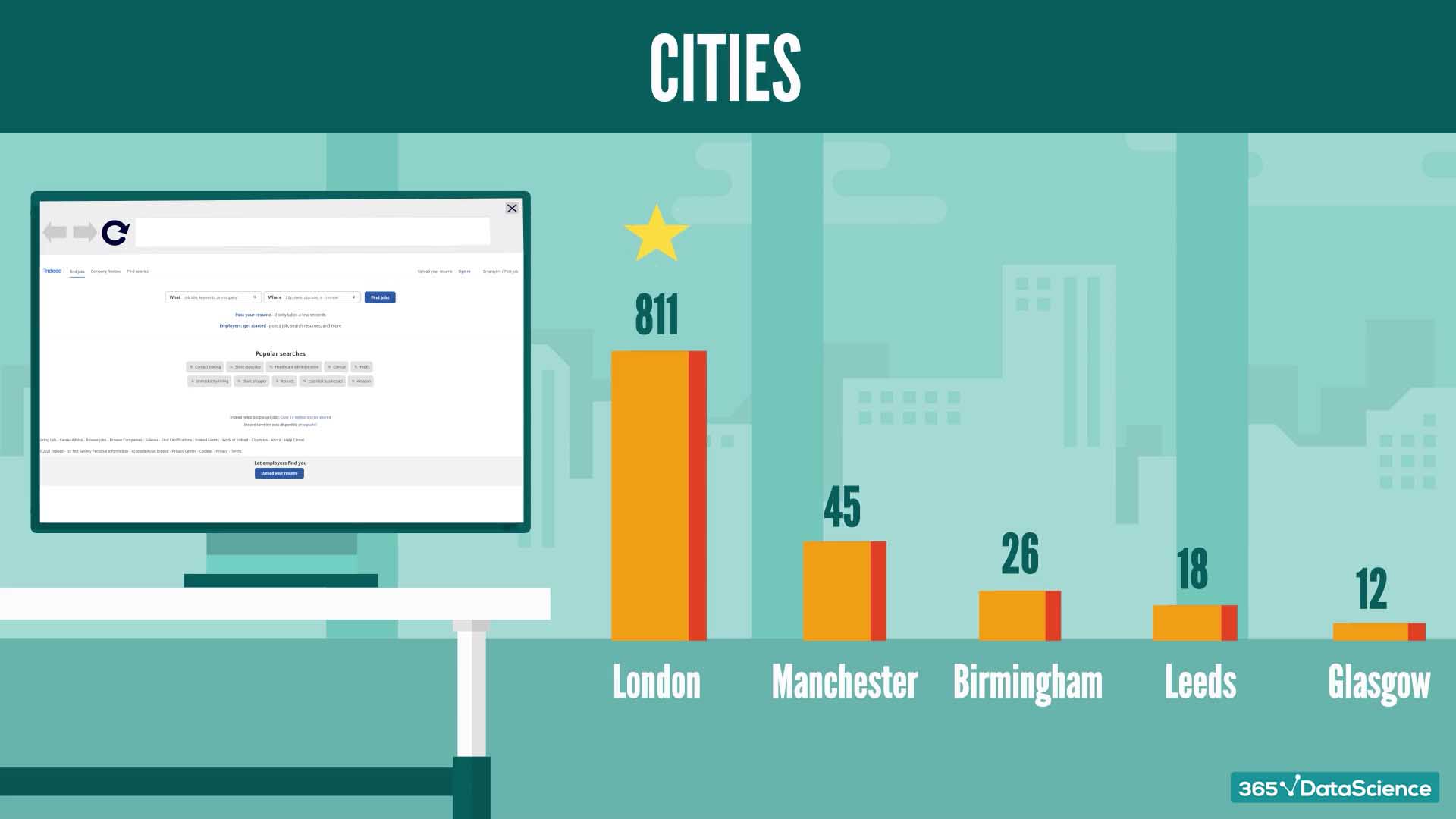 London is one of the most important financial centers in the world, but when it comes to top industries for data science, our numbers showed that most people employed as data scientists in the UK work in Technology and IT – a whole 60%! Compared to that number, there are fewer data scientists employed in Finance - a modest 16%. Still, the field is rapidly evolving. Perhaps the finance industry hasn’t caught up to the opportunities data science can offer and over time the relative percentage of finance-employed data scientists will increase to remedy that. 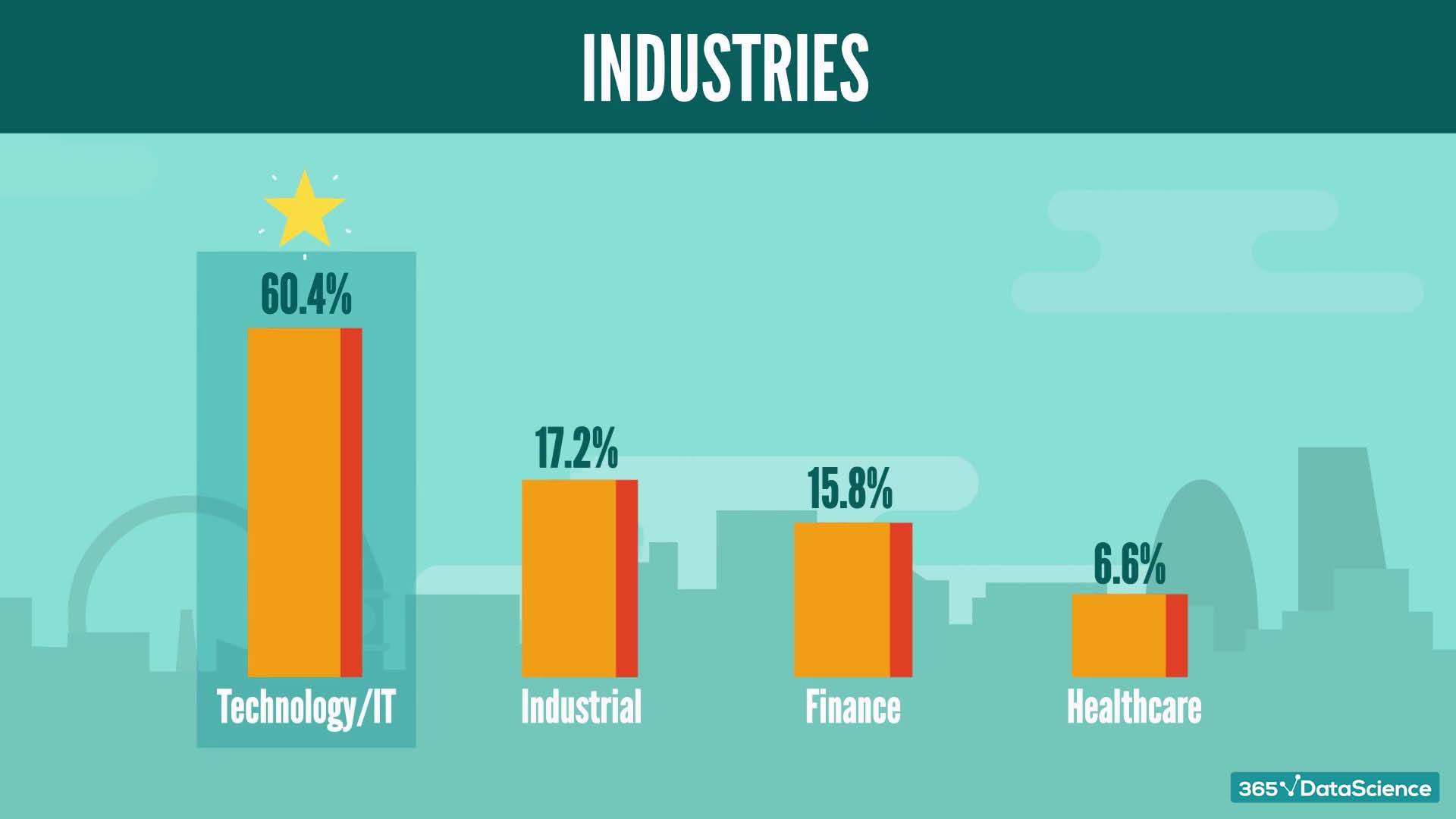 Now you know what it takes to become a data scientist in the UK, how to begin your job search, and which cities and industries provide the best chances of landing your dream job. And remember – even the greatest was once a beginner, so don’t be afraid to take the first step. If you enjoyed this article, don’t forget to leave us a comment and share it with your friends. And if you’d like to become an expert in all things data science, make sure to follow our blog.

We have a special course for you. Starting a Career in Data Science with Ken Jee takes you through all the steps to landing a data science job. You'll learn how to create your data science project portfolio, build your resume, get an interview through networking, succeed during the phone interview, solve the take-home test, and ace the behavioral and technical questions.

Try Starting a Career in Data Science course for free 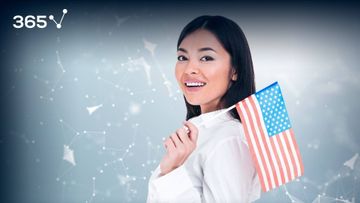 How to Become a Data Scientist in the US? 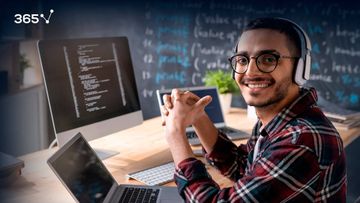 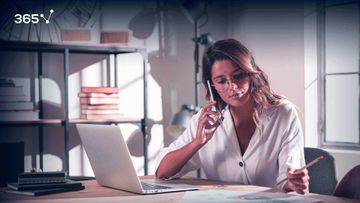 How to Become a Freelance Data Scientist in 2022: A Comprehensive Guide 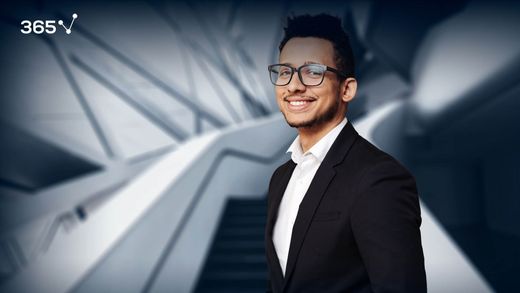 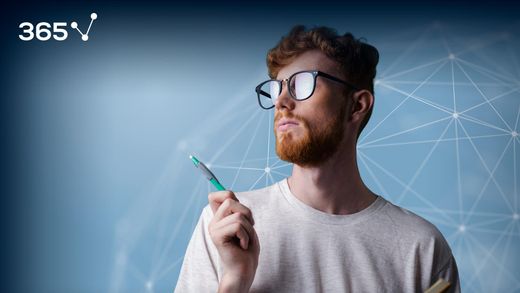 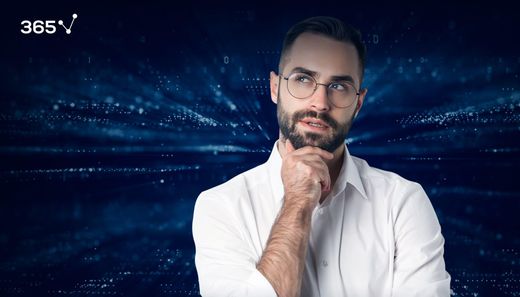 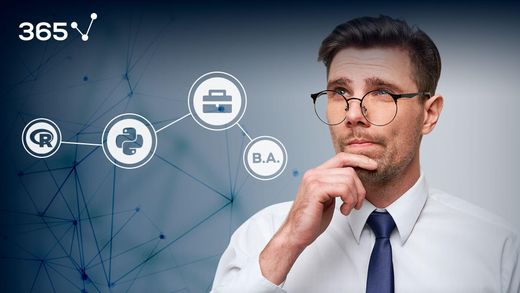