So, it’s best to begin with the basics and gradually move on to more complex topics.

In this article, we focus on foundational concepts at the basis of machine learning problems and data analysis. More specifically, we present a list of 15 probability and statistics interview questions and answers.

1. What Is the Difference Between Descriptive and Inferential Statistics?

Descriptive and inferential statistics are two different branches of the field. The former summarizes the characteristics and distribution of a dataset, such as mean, median, variance, etc. You can present those using tables and data visualization methods, like box plots and histograms.

In contrast, inferential statistics allows you to formulate and test hypotheses for a sample and generalize the results to a wider population. Using confidence intervals, you can estimate the population parameters.

You must be able to explain the mechanisms behind these concepts, as entry-level statistics questions for a data analyst interview often revolve around sampling, the generalizability of results, etc.

2. What Are the Main Measures Used to Describe the Central Tendency of Data?

Centrality measures are essential for exploratory data analysis. They all indicate the center of the data distribution but yield different results. You must understand the difference between the main types to interpret and use them in analyses.

During a statistics job interview, you might need to explain the meaning of each measure of centrality – mean, median, and mode:

3. What Are the Main Measures of Variability?

Variability measures are also crucial in describing data distribution. They show how spread-out data points are and how far away they are from the mean.

Some of the basic questions during a statistics interview might require you to explain the meaning and usage of variability measures. Here’s your cheat sheet:

4. What Are Skewness and Kurtosis?

Next on our list of statistics questions for a data science interview are the measures of the shape of data distribution – skewness and kurtosis.

Let’s start with the former.

Skewness is a great way to measure the symmetry of distribution and the likelihood of a given value falling in the tails. With symmetrical distribution, the mean and the median coincide. If the data distribution isn’t symmetrical, it is skewed.

There are two types of skewness: 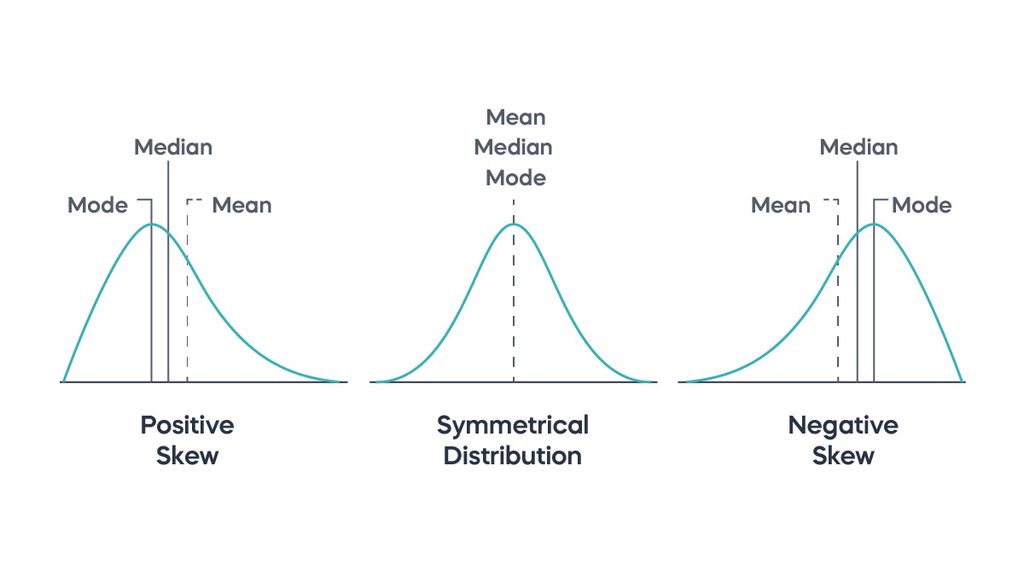 Kurtosis, on the other hand, reveals how heavy or light-tailed data is compared to the normal distribution. There are three types of kurtoses:

For an entry-level job, it may be enough to know the meaning and calculations of these measures. However, statistics interview questions for advanced data science positions may revolve around the usage of these concepts in practice.

If you want to prepare for more advanced positions, try the 365 Data Scientist Career Track. It starts from the basics with Statistics and Probability, builds up your knowledge with programming languages, SQL, Machine Learning, and AI, and ends with portfolio, resume, and interview preparation.

5. Describe the Difference Between Correlation and Autocorrelation

These two concepts tend to be confused, which makes it a good trick question for a statistics interview. To avoid surprises, we’ll explain the difference.

A correlation measures the linear relationship between two or more variables. It ranges between -1 and 1. It’s positive if the variables increase or decrease together. If it’s negative, one variable decreases while the other increases. When the value is 0, the variables aren’t related.

Here’s a scatterplot illustrating the different types of correlation: 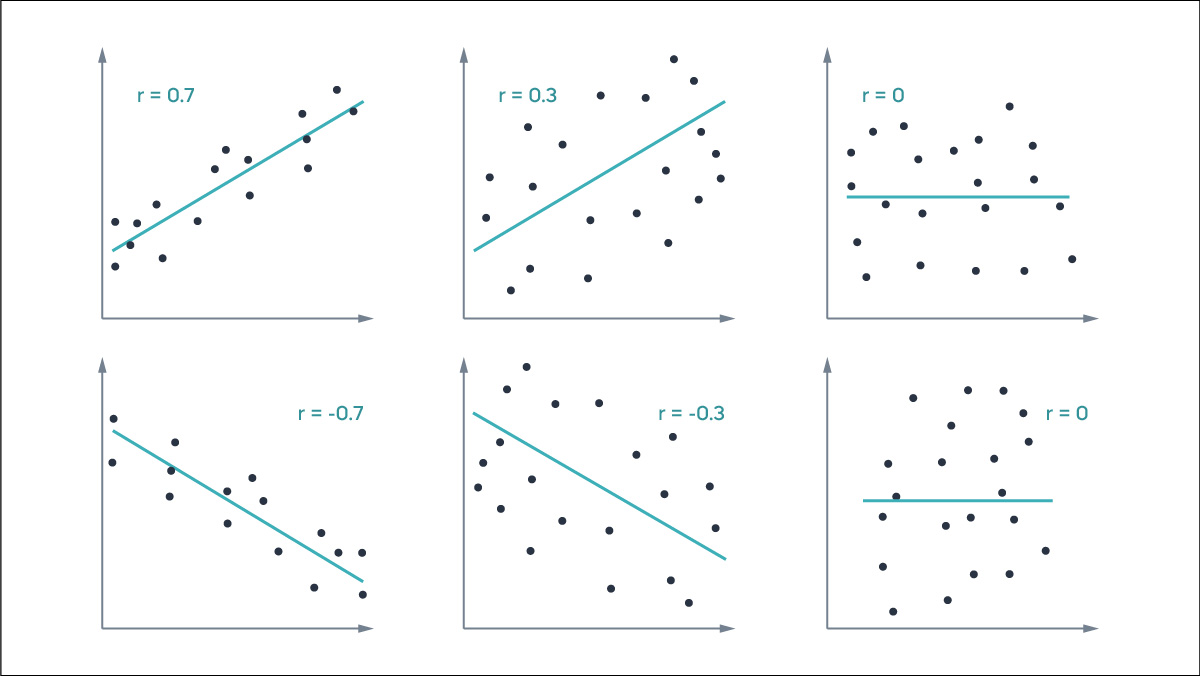 In contrast, autocorrelation measures the linear relationship between two values of the same variable. Typically, we use it when we deal with a time series, i.e., different observations of the same construct. Just like correlation, it can be positive or negative.

As we mentioned, you may be asked various statistics interview questions regarding sampling and the generalizability of results. The difference between probability and sampling distribution is just one example.

A probability distribution is a function used to calculate the probability of a random variable X taking different values. There are two main types depending on the variable – discrete and continuous. Examples of the former are the binomial and Poisson distributions, and of the latter – normal and uniform distributions.

A sampling distribution is the probability distribution of a statistic based on a range of random samples from a population. The definition sounds confusing but it’s encountered very often in practice.

For example, imagine you’re a clinical data analyst working on the development of a new treatment for patients with Alzheimer’s. You’ll likely be working with samples from the entire population of individuals with the disease. Hence, you’ll use the sampling distribution during the data analysis.

7. What Is the Normal Distribution?

Normal distribution is a central concept in mathematics and data analysis. As such, it often appears in statistics interview questions.

The normal, also known as Gaussian, distribution is the most important probability distribution in statistics. It’s often called а “bell curve” because of its shape – tall in the middle, flat toward the ends.

A key characteristic of the normal distribution is that the mean and the median coincide. The mean is equal to 0 and the standard deviation is 1. With this information, we can calculate that:

This is known as the empirical rule. 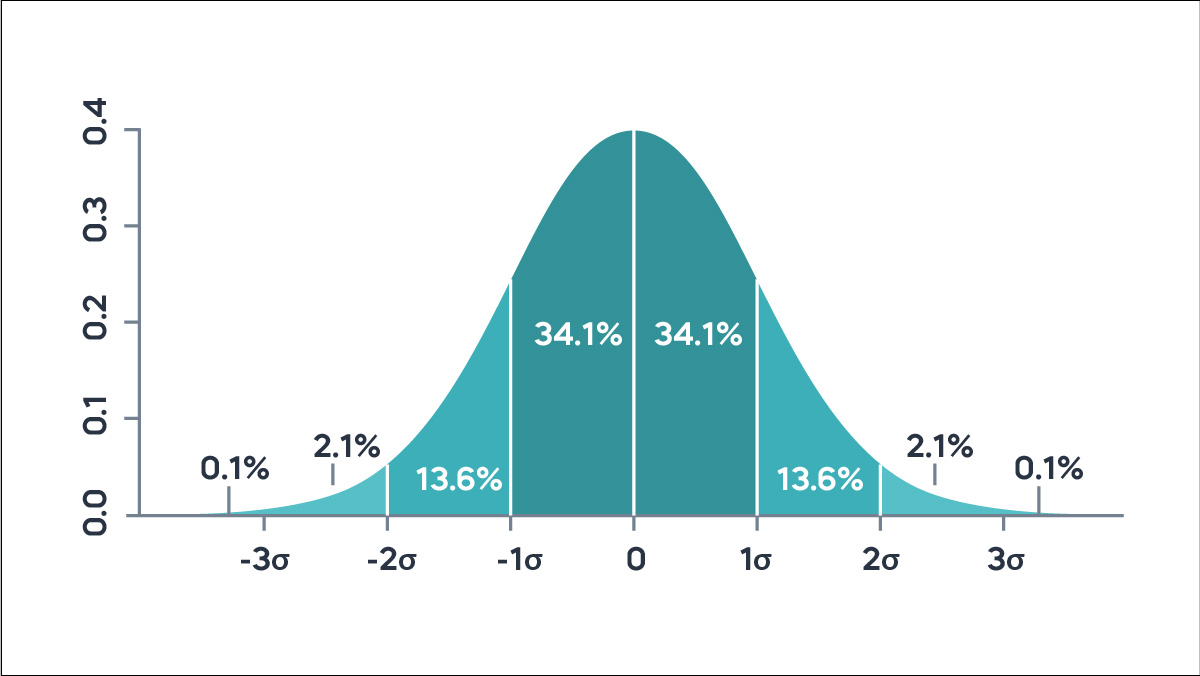 But what is so special about it?

It is considered that naturally occurring phenomena tend to have a normal distribution. As such, we often use it in data analysis to determine the probability of a data point being above or below a given value or for a sample mean being above or below the population mean.

8. What Are the Assumptions of Linear Regression?

Next, we move on from basic to intermediate probability and statistics interview questions. To further advance your knowledge on these topics, check out 365's Statistics course for data scientists.

But for now, let's continue with linear regression, which is at the basis of predictive analysis.

The residual (or error term) is equal to the predictor variable minus the actual observed value. Linear regression models aim to find the ”line of best fit” where the error is minimal.

The typical statistics interview questions for a data analyst job might involve these definitions or the four main assumptions that must be met to conduct linear regression analysis.

These are the following:

9. What Is Hypothesis Testing?

We already touched on this topic with some of the previous statistics and probability interview questions. But since it is a fundamental part of data analysis, we cover it in more detail.

Hypothesis testing allows us to make an inference about the population based on data from a sample. Here’s how to conduct it:

To determine whether the data supports a particular hypothesis, we need to choose an appropriate statistical test. If the probability of the null hypothesis is below a predetermined significance level, we can reject it.

On that note, statistics questions for a data analyst interview may also be regarding different types of statistical tests. To help you prepare, we cover the basic ones.

10. What Are the Most Common Statistical Tests Used?

There are numerous statistical tests, each one serving a different purpose. Here are some of the most common ones:

11. What Is the p-Value and How to Interpret It?

A p-value is the probability of obtaining given results if the null hypothesis is correct. To reject it, the p-value must be lower than a predetermined significance level α.

The most commonly used significance level is 0.05. This means that if the p-value is below 0.05, we can reject the null hypothesis and accept the alternative one.

In that case, we say that the results are statistically significant.

This is a fundamental part of data analysis, hence a common statistics interview question.

12. What Is the Confidence Interval?

The confidence interval is the range within which we expect the results to lie if we repeat the experiment. It is the mean of the result plus and minus the expected variation.

13. What Are the Main Ideas of the Law of Large Numbers?

The Law of Large Numbers is a key theorem in probability and statistics with many practical applications in finance, business, etc. It states that if an experiment is repeated independently multiple times, the mean of all results will approximate the expected value.

The first time, we get X1= 65 tails, the second, X2 = 50 tails, and so on. In the end, we calculate the mean of all trials by adding up the random variables (X1, X2, …, Xn) and dividing the sum by the number of experiments. Following the Law of Large Numbers, the mean of these results will approximate the expected value E(X) = 50.

This is a basic theorem in Statistics with applications in machine learning, so you can expect questions about it during a job interview.

14. What Is the Central Limit Theorem?

The Central Limit Theorem states that the distribution of sample means starts to resemble a normal distribution as the size of the sample increases. Interestingly, this happens even when the underlying population doesn’t have a Gaussian distribution. This is illustrated in the figure below. 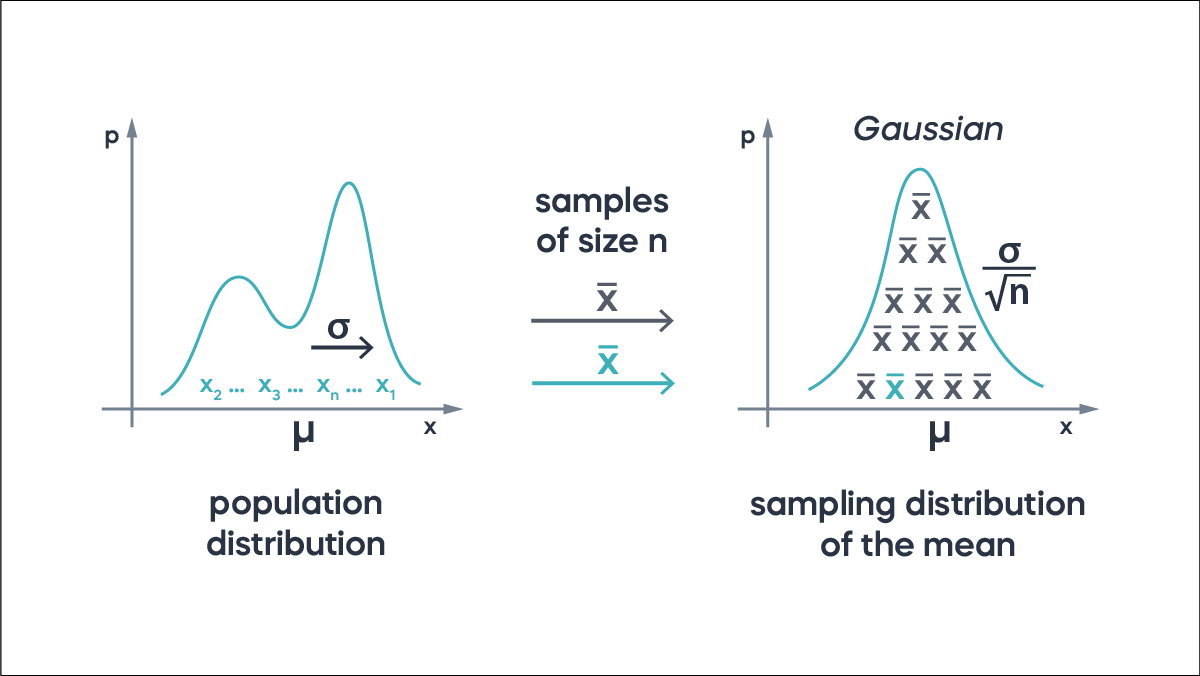 On the right, we see that, regardless of the population distribution, the sample means have a symmetrical bell shape distribution as the sample size increases. A sample size equal to or greater than 30 is usually considered large enough for the Central Limit Theorem to apply.

15. Explain the Difference Between Probability and Likelihood

Last but not least, we cover one of the fundamental principles of Bayesian statistics, as data science interview questions may include that subject too.

The difference between probability and likelihood is subtle but key. Probability is the chance of a particular outcome to occur given the obtained values. When calculating it, we assume the parameters are trustworthy.

In contrast, likelihood aims to verify if the parameters in a model are trustworthy given the obtained results. In other words, we calculate the likelihood of a model being correct with the observed measurements.

Probability and Statistics Interview Questions for Data Scientists: Next Steps

That concludes our list of probability and statistics interview questions and answers. We covered fundamental concepts which will help you prepare for an interview and understand more complex data science and analytics topics.

If you want to deepen your knowledge, try the 365 Data Science Program. It offers self-paced courses led by renowned industry experts. Starting from the very basics all the way to advanced specialization, you will learn by doing a myriad of practical exercises and real-world business cases. If you want to see how the training works, sign up below and access a selection of free lessons. 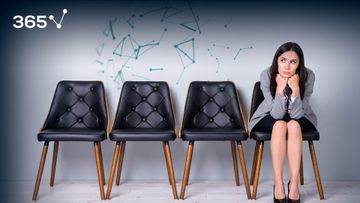 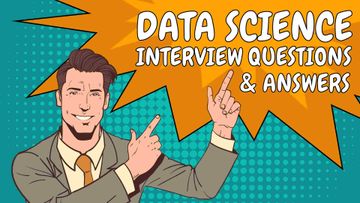 Data Science Interview Questions And Answers You Need To Know (2021) 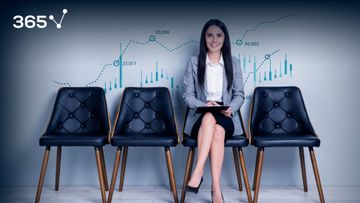 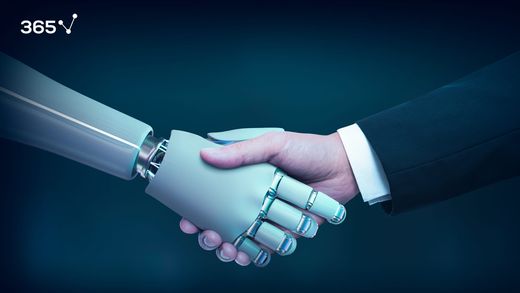 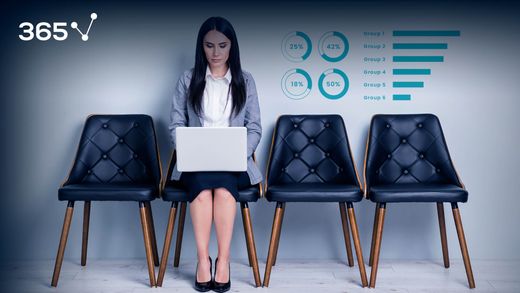 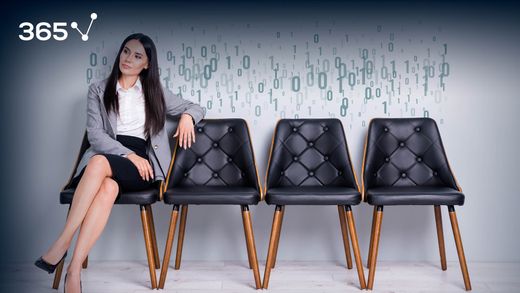 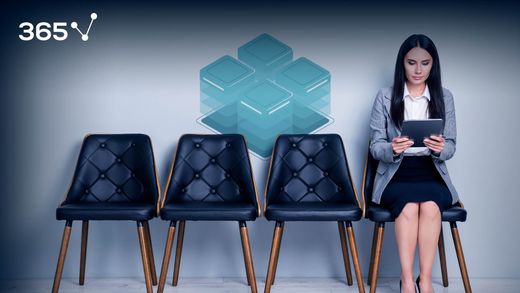