If you’ve always had a hard time figuring out how relationships work, covariance and the linear correlation coefficient will help you out. Well, not in the real world, of course. But in the field of statistics. We are talking about representing the relationship between 2 variables. See, there are many univariate measures which we can use when working with one variable. For instance, we have measures of central tendency, asymmetry and variability.

However, when we have 2 variables it is a whole new ball game. And because of that, learning how to work with covariance and the linear correlation coefficient, will be truly beneficial to your progress in studying statistics. 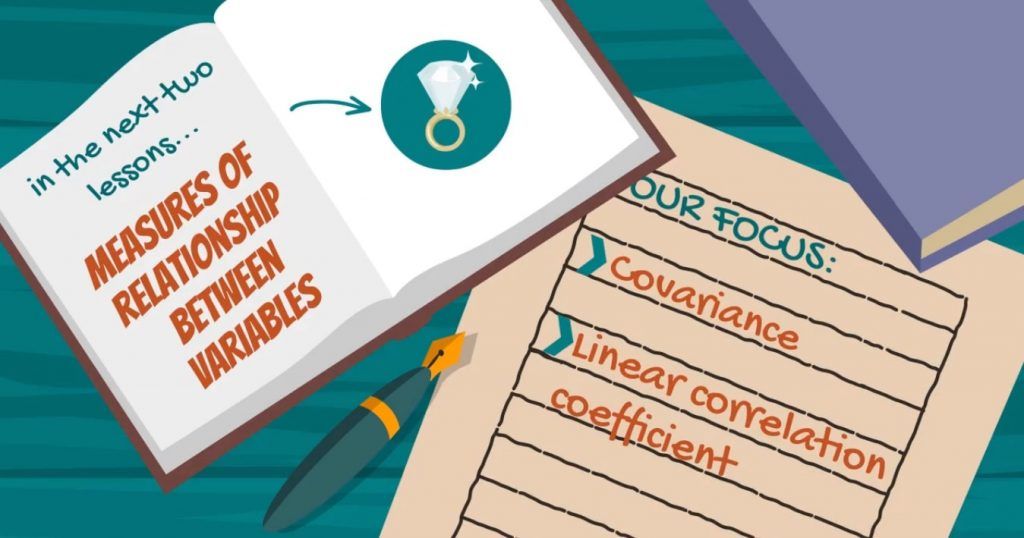 Understanding the Relationship between 2 Variables

Let’s zoom out a bit and think of an example that is very easy to understand. It will help us grasp the nature of the relationship between two variables a bit better.

Think about real estate. Which is one of the main factors that determine house prices? 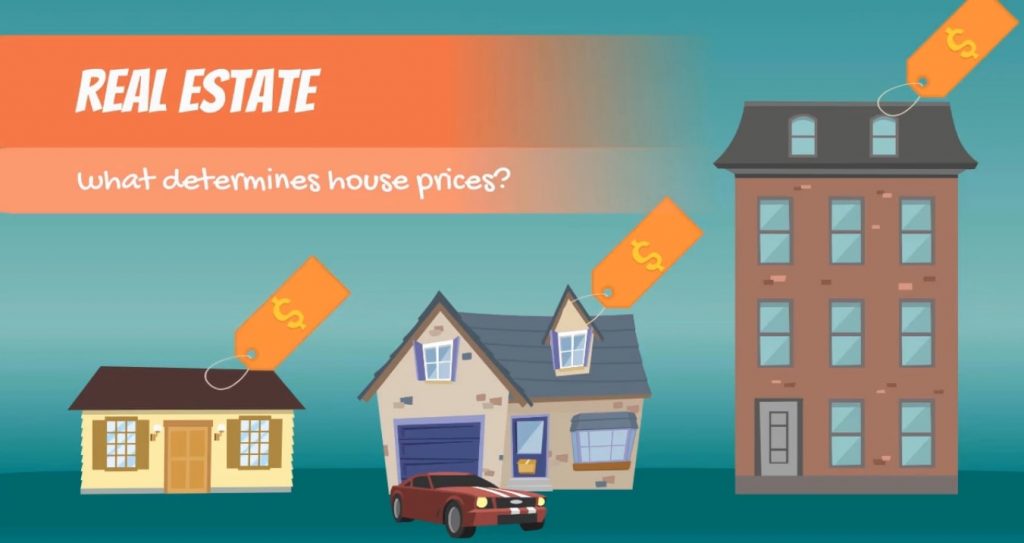 Typically, larger houses are more expensive, as people like having extra space. 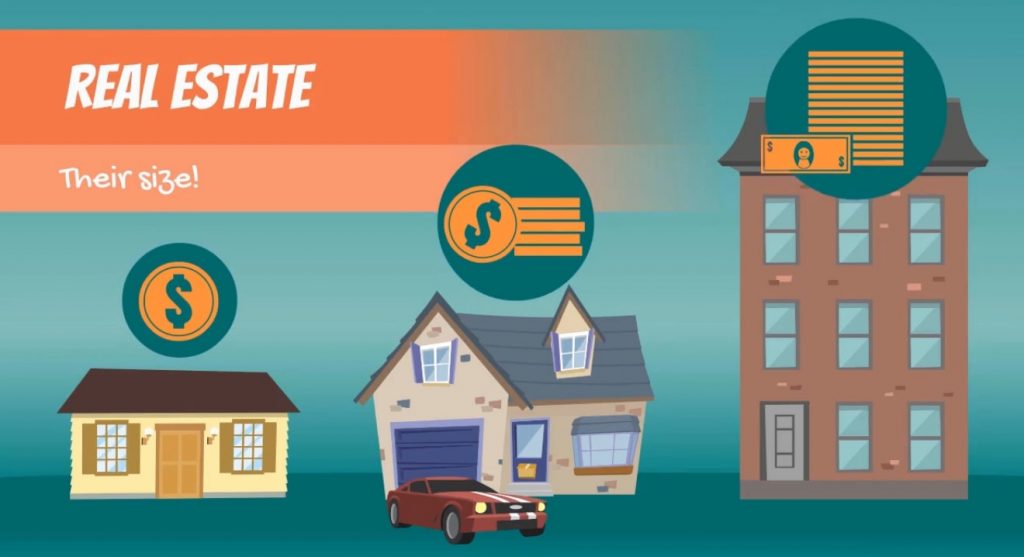 The table that you can see in the picture below shows us data about several houses.

On the left side, we can see the size of each house. On the right, we have the price at which it’s been listed in a local newspaper.

We can present these data points in a scatter plot. The X-axis will show a house’s size and the Y-axis will provide information about its price. 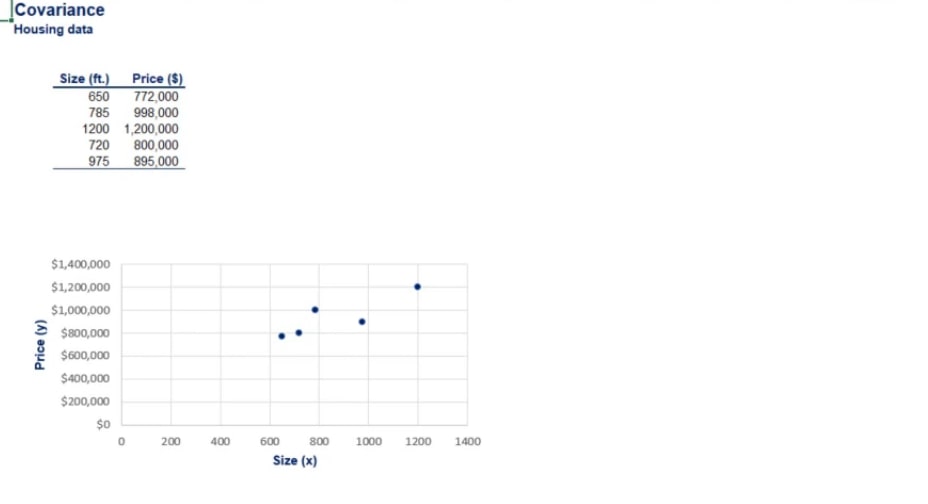 We can certainly notice a pattern. There is a clear relationship between these variables.

We say that the two variables are correlated and the main statistic to measure this correlation is called covariance.

Unlike variance, covariance may be positive, equal to zero, or negative. 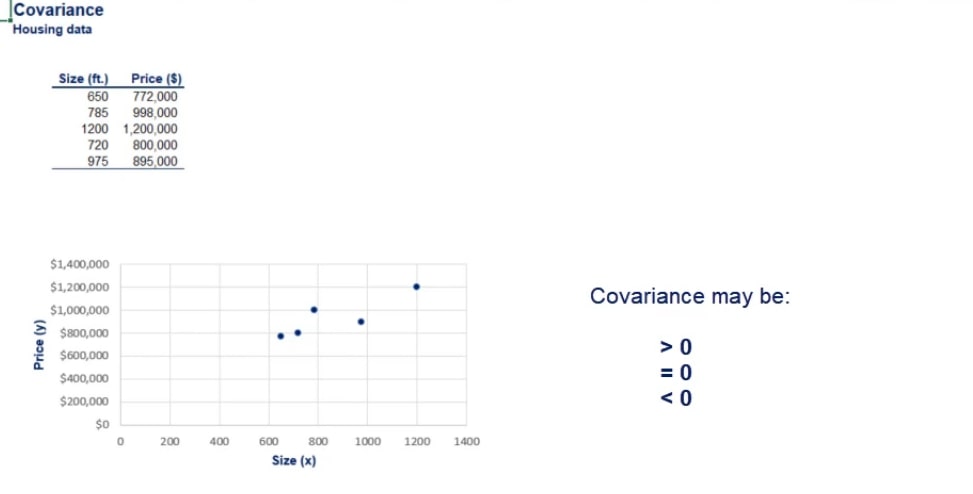 The Formulas for Covariance

To understand the concept better, let’s take a look at a few formulas. They will allow us to calculate the covariance between two variables. It is formulas with an ‘S’, because there is a sample and a population formula. The same way it is for variance.

Since this is obviously sample data, we should use the sample covariance formula.

Let’s apply it in practice for the example that we saw earlier. X is the house size and Y stands for house price.

First, we need to calculate the mean size and the mean price.

We can also compute the sample standard deviations, in case we need them later on.

Now, let’s calculate the nominator of the covariance function.

Once we’re ready, we have to perform this calculation for all the houses that we have in the table. Then, we can proceed by summing the numbers we’ve obtained.

The result you see above is the covariance.

It gives us a sense of the direction in which the two variables are moving.

There is just one tiny problem with covariance, though. It could be a number like 5 or 50. But it can also be something like 0.0023456 or even over 30 million, just like our example!

Values of a completely different scale! How could we interpret such numbers?

Why We Need Correlation

This is where correlation comes into place.

It adjusts covariance so that the relationship between the two variables becomes easy and intuitive to interpret.

The formulas for the correlation coefficient are: the covariance divided by the product of the standard deviations of the two variables. This is either sample or population, depending on the data you are working with.

We already have the standard deviations of the two data sets.

Now, we’ll use the formula in order to find the sample correlation coefficient.

Putting the Formula to Use

Mathematically, there is no way to obtain a correlation value greater than 1 or less than -1. 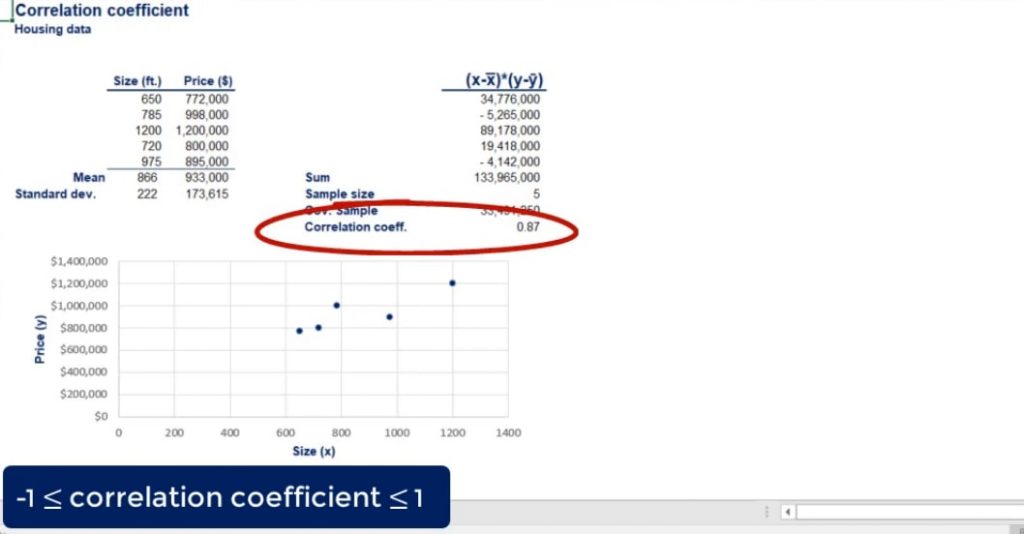 This concept is similar. We manipulated the strange covariance value in order to get something intuitive.

Let’s examine it for a bit.

As shown in the picture below, by calculating the formula, we got a sample correlation coefficient of 0.87.

So, there is a strong relationship between the two values.

A correlation of 1 is also known as a perfect positive correlation. This means that the entire variability of one variable is explained by the other. 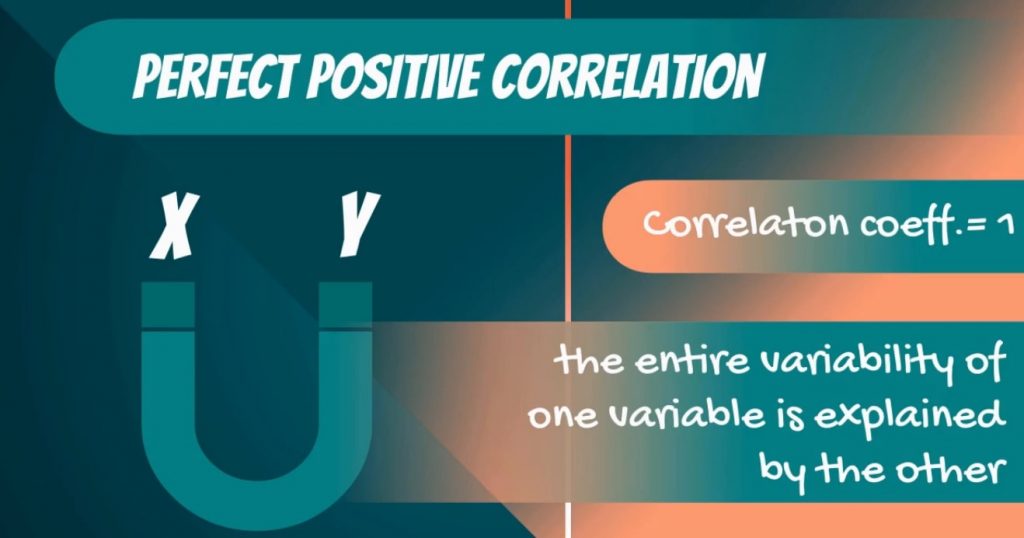 However, logically, we know that size determines the price. On average, the bigger the house you build, the more expensive it will be. 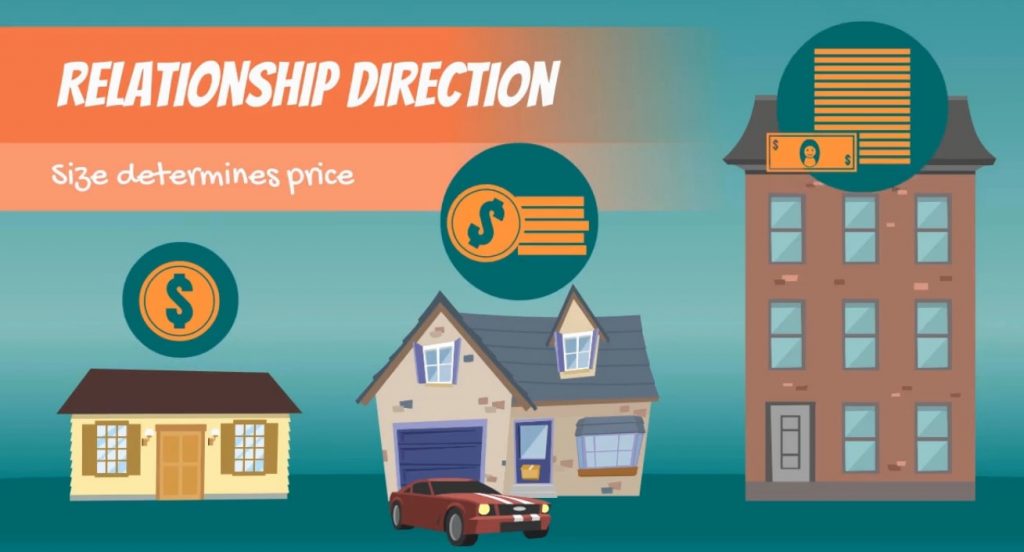 The relationship goes only this way.

Once a house is built, if for some reason it becomes more expensive, its size doesn’t increase, although there is a positive correlation. 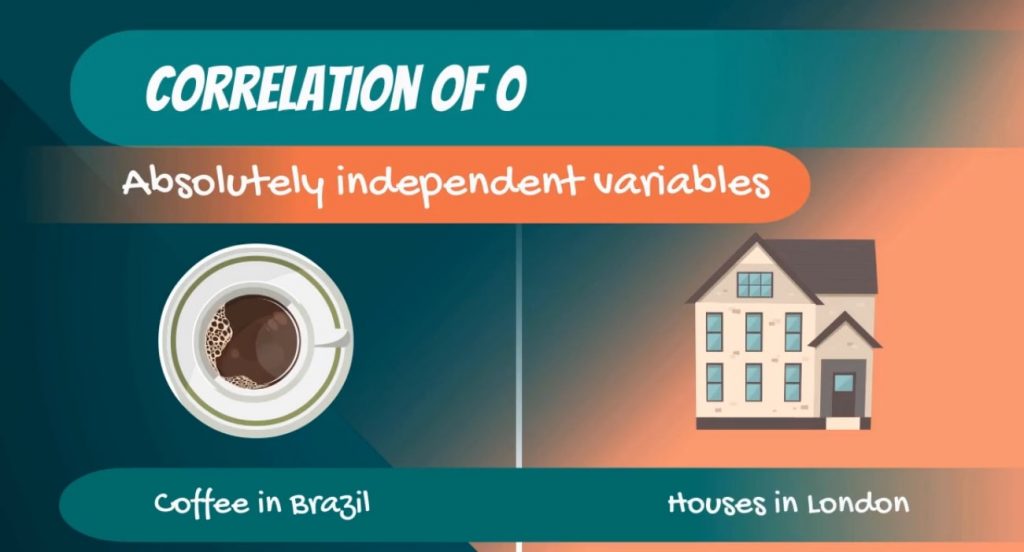 Obviously, the two variables don’t have anything in common!

Think of the following businesses - a company producing ice cream and a company selling umbrellas. Ice cream tends to be sold more when the weather is very good, and people buy umbrellas when it’s rainy. Obviously, there is a negative correlation between the two. Hence, when one of the companies makes more money, the other won’t. 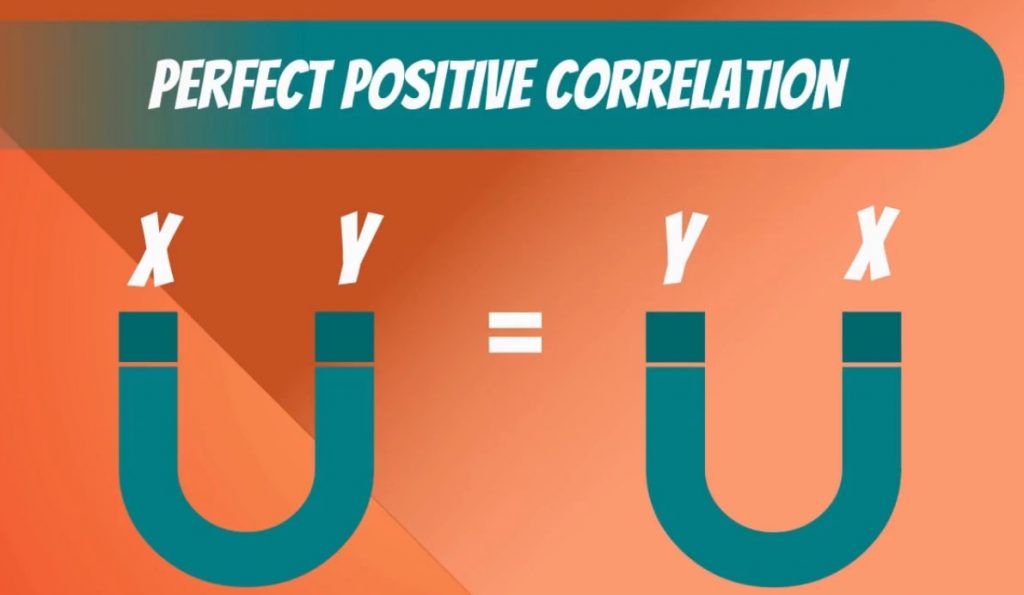 The formula is completely symmetrical with respect to both variables.

Therefore, the correlation between price and size is the same as the one of size and price!

This leads us to causality. It is very important for any analyst or researcher to understand the direction of causal relationships. In the housing business, size determines the price and not vice versa.

Important: Correlation does not imply causation! 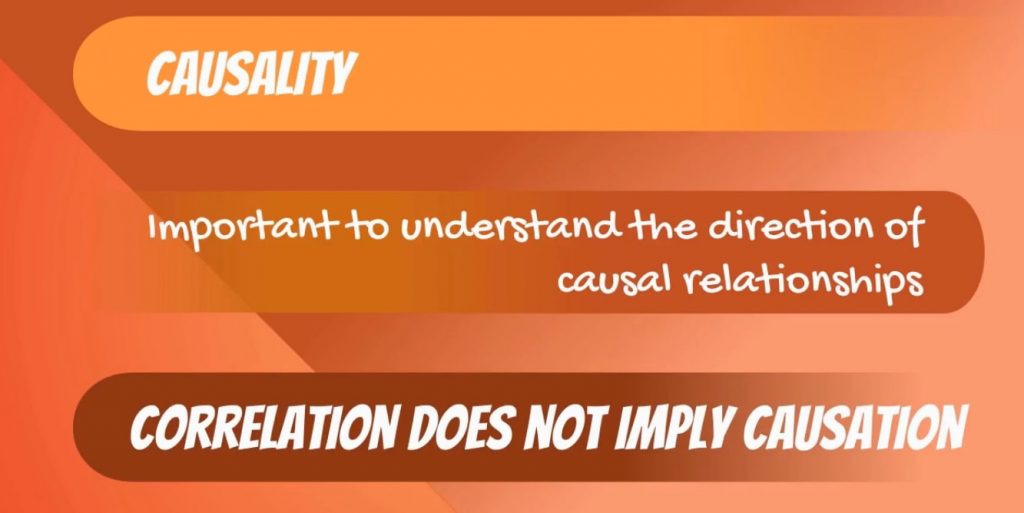 Representing the Relationship between 2 Variables

To sum up, using covariance and correlation is not rocket science. Based on the sign of the covariance, we can tell whether or not the 2 variables are moving in the same direction. However, this is not always possible because we can obtain values of an entirely different scale. Therefore, we turn to correlation. It makes the result of the covariance easy to interpret.

Next Tutorial: Examples of Different Distributions 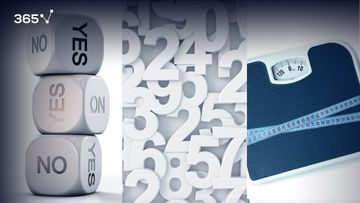 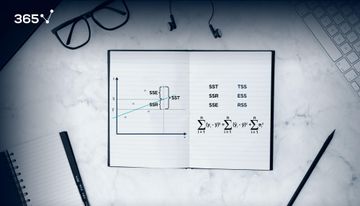 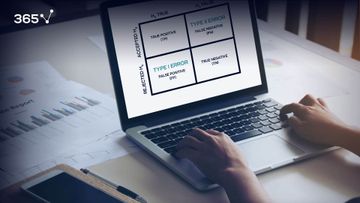 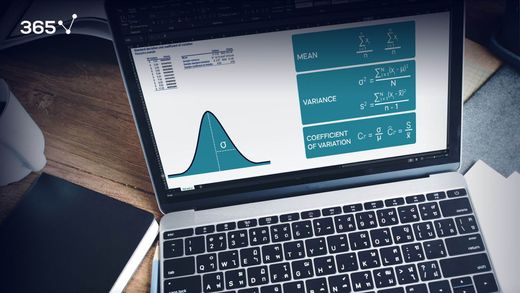 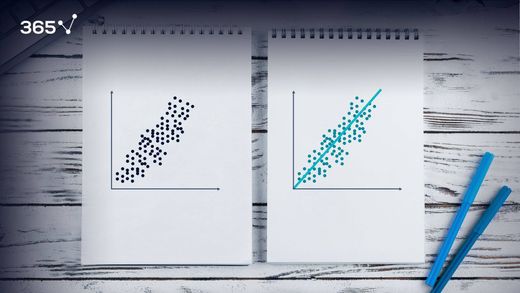 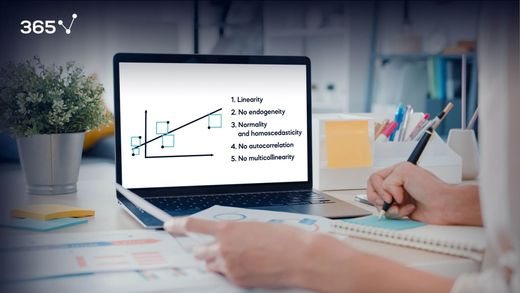 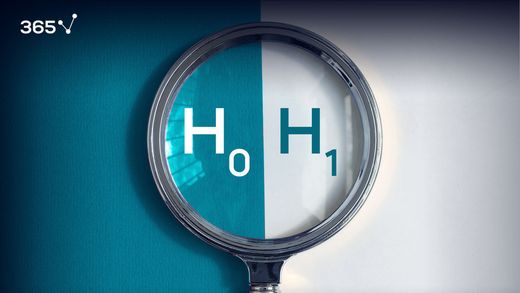